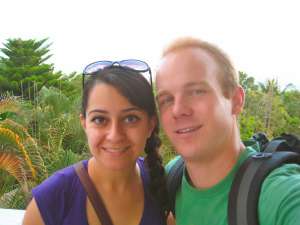 It was on this date, last year, that we first shared with the world a glimpse into our life. The chapter in which we made a major change in how we live our life and where we wanted to point the compass of our future.

We both quit our jobs (and, by default, our careers) for a lifestyle that, we hope, will enable us to be location independent. In a nutshell, we want to work and be able to live anywhere in the world and travel as much as possible.  If you are a close family member or friend, you’ve probably heard us go on and on about this dream of ours and maybe you still don’t quite “get it,” but you have shown us lots of love and support, nevertheless. For that, we thank you!

So, a year and five countries later. Here’s what we think: It was the best thing we ever did!

What did we do? 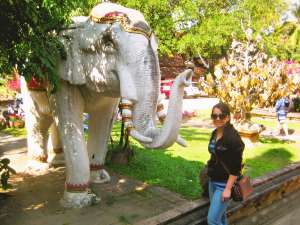 1.We learned a lot. It’s no wonder that they say “travel is the only thing you spend money on that makes you richer.” There are so many ways that we gained knowledge in the past year. Some I would even go as far as saying that one cannot ever learn from a book!

We, not only, got to experience other cultures and languages (though, not at all fluent in any of them), but we learned about ourselves and about each other. There is nothing like a new environment, and the challenges that go along with it, that can teach you multiple life lessons in such areas as strengthening your relationship, appreciating your strengths and weaknesses, improving your problem solving skills, and teaching you to be flexible, humble, patient, and happy.

2.We enjoyed life a lot. In Southeast Asia, life is not necessary moving at a slower pace, it’s just that the focus and perspective of the people are a little different. There is  more importance given to family and relationships than work and material things. Even as foreigners who were alone, we felt this vibe and thrived on it.

There is a work/family balance there that can be seen all around. While it may be hard to wrap your head around at first, you start to, not only accept, but also appreciate this mentality. While the customs and language may vary greatly from what we were used to, it is inescapable that people are quite the same all around the world. We all need food, shelter, and love. Once you focus on these similarities, you really start to see the human race as one. 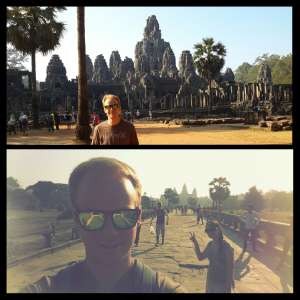 3.We accomplished a lot. As if the two concepts I just mentioned were not enough, in a relatively short amount of time, we were able to jump start the dream of running an online business that has the potential to give us more of the above.

After all, isn’t the purpose of life to enjoy all that we are given and to never stop progressing?

What would we have done differently?

Honestly. Thinking back on our six months of living in Thailand and two months of living in Indonesia, everything was perfect. Yes, we made some mistakes. There were some hardships and challenges to overcome. But, the way I see it, this was all part of the learning. So much came out of the things that DIDN’T go as planned or went “wrong.”

In the end, what is perfect are the imperfections.

How does it feel to come back home? 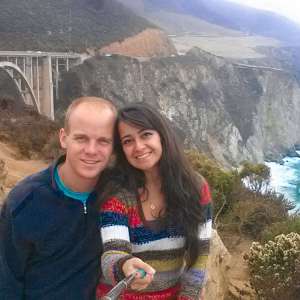 Of Course, coming back home means getting back that familiarity that was practically nonexistent for those eight months. Being able to communicate without a struggle in your own language is refreshing. Knowing exactly how things work (generally) can be easier on your stress level. For instance, learning how to get cell phones, pay bills, get drinking water, and finding the best place to get food (groceries and restaurants) can cause some level of anxiety when you are way from home.

While it is comforting to come back to family and friends, there is no denying that things don’t seem the same as when we left. You look at the world differently. What was once “out there” is now within you.  Yes, after more and more time passes, you do get back in the old way of life as if nothing happened. However, something did happen and it’s up to you to fuel that flame of adventure once again.

We are going back to Thailand. Mid-April is when we hope to set out on the second chapter of our life abroad and we will be sure to tell you all about it again. 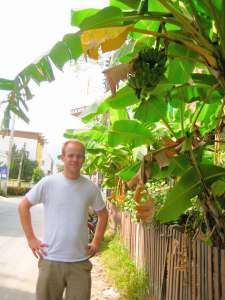 I can’t believe we first started our Thailand journey 12 months ago! Now that I’ve had to reflect, it’s crazy how much we’ve changed along the way.

Last year, we had no idea life would be like abraod. We were both excited about the trip, but we’d be lying if we said we weren’t scared, anxious, and nervous as well.

Our anxiety was coming from the fear of the unknown. What would it be like to live in another country? I mean, it’s an unknown land that doesn’t speak English, or do anything similar to the Western world.

Here’s a recap of some of my biggest unknowns, and what actually came to be from them.

Isn’t the standard of living going to be far below what you’re used to?

Maybe we got accustomed to the differences, but I never felt like I was living in an inferior place while we were in Chiang Mai, Thailand.

Of course, things aren’t exactly the same as the States, but there are many things that shocked me:

Additonal Note: Our apartment (including water, trash, electricity) came out to about $400 USD, and we were in place that was 5 times better than our Bay Area apartment; and for one-third the cost.

It’s going to be lonely and you won’t know anyone.

Chiang Mai, Thailand is the hotspot for remote workers (digital nomads), and everyone wants to hang out when they are not working.

We were blown away by the amount of foreigners living in Chiang Mai. Everyone was on the same page and understood exactly why we were there.

It was nice to meet folks and not have to “explain” our decision to live in Southeast Asia; it was the norm. The conversations usually started like this:

Won’t it be a huge challenge because you don’t speak the language?

In addition, the strong expat community of Chiang Mai has increased the demand for top notch English speakers. Our real estate agent helped us find a great apartment on our first day of looking; it’s like the entire city is setup for the foreigners (or as the Thai call us, “farang”).

What if the business fails?

This is by far the biggest stress point as we move forward on this journey. That said, it’s part of the territory when you’re building a business. Our earnings continue to improve each month, and the business has come along way, especially if you compare to 12 months ago.

There will always be a risk in what we do, but I believe it’s a calculated one. Also, I’m confident in our ability to grow and succeed because we’re able to put 100% focus into it.

While a lot of travelers seem to be doing this, I still love the idea that you both are trying to rise above the web of consumerism that is being woven around us all over the world 🙂

Thank you for your comment. I agree that travelers seem to, generally, have an appreciation for the world that goes beyond just collecting material things.

8 Helpful Considerations When Preparing To Travel Or Live Abroad

Preparing to live abroad can be a daunting task. While it may seem like a challenging task, it can be easy to accomplish if taken in small chunks. See if you agree with any of the below tips and let us know if you have anything to add from your experiences. Give Yourself Time Time. That thing we can't touch or control but somehow are able to feel as ...